Imagine what it would be like if you could take all the roads in your city and turn them into parks; covered with lawns and trees, criss-crossed with bicycle paths. Wouldn’t it be nice?

Developing nations such as China are currently going through an unprecedented urbanization process where large cities are built from nothing in only a few years. Unfortunately they are copying urban designs that they see in the west, instead of utilizing their unique chance to build in completely new ways.

Put traffic where it belongs – under ground 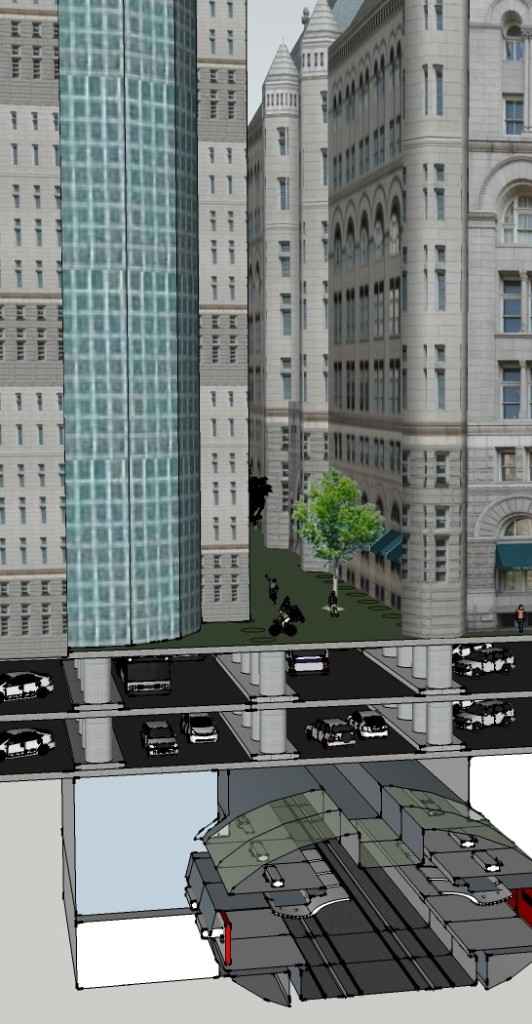 On these pages you will find a description of how ultra compact cities can be built where all the traffic is put underground, leaving the streets for parks and people. Short distances and good public transport links can be combined to create a walkable eco-city it would be very pleasant to live in.