There has been a claim that densely built cities tend to create an environment which creates crime and poverty, based on empirical evidence.

However, there are plenty of examples of both suburbian slums or posh high-rise neighbourhoods, and the likely connection between tall buildings and crime is that many inner-city neighbourhoods have been allowed to deteriorate into unattractiveness. Then all resourcful people move out and the remaining neighbourhood is a slum. 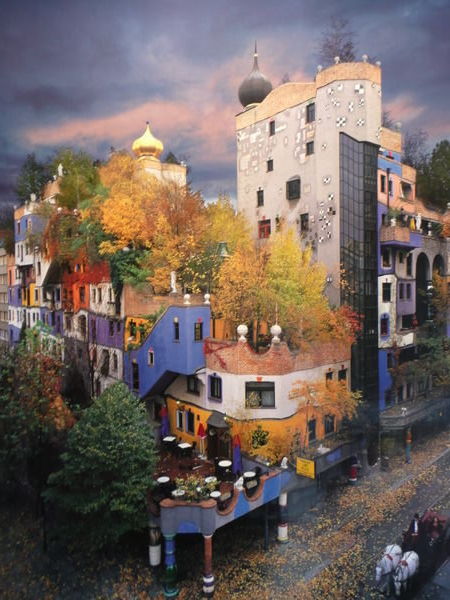 Firstly, with traffic removed the primary obstacle to creating an attractive city environment has been removed. If one follows up with investing in attractive public areas one would easily create a preferred living environment, thus ensuring that also resourceful people will choose to live downtown. Since it is also straightforward to build cheap housing in highrise buildings it’ll be fully possible to create a city where the wealthy and the poor live side-by-side and send their kids to the same schools.

Secondly, the housing should be contained inside communities closed for the general public, with some common facilities. Such areas will be easier to monitor and thus safer, be it either with regards to leaving valuables or children slightly unattended. It will also be more likely that neighbors will develop ties when there are common areas where one meets regularly. This is likely to be a powerful agent against antisocial behavior.