One of the basic tenets of many environmentalist groups is that ever increasing standards of living is killing our planet. The solution: reduce living standards – drive less, consume less, even have fewer children! In other words, GDP growth is the ultimate evil because it leads to ever more resource depletion, habitat destruction and pollution.

This is  a circular argument:

Luckily this is wrong because we have GDP-growth, and with GDP growth we have access to a growing supply of resources. But if this is true then we’re doomed. What is for instance the chance of persuading everyone in the industrialized world to reduce their standard of living by half? And what is the chance that the world’s poor will agree to stop their increase in living standards to half of what the industrialized world now enjoys? And – even if we could make this happen, we would still fail because the pollution generated if everyone on this world polluted half as much as what the inhabitants of our richest countries pollute then we will drown in pollution.

The only problems we face are pollution and habitat destruction 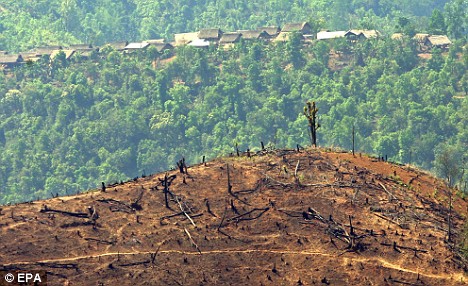 On this page I will try to argue the case that the only challenges we must solve is pollution and habitat destruction – not resource depletion, and that this matters because it enables us to use GDP growth to solve the pollution problems – in addition to all the other good things brought about by higher wealth.

We live in a world of infinite resources
An important reason why environmentalists think we should avoid GDP growth is that they believe the world’s resources are finite and must be conserved. But this is a circular argument – it is only true if we do not have GDP growth. If we have technical and economic growth the world will never run out of natural resources such as iron ore or fresh water, and even fossil fuels will probably be abundant for hundreds and possibly thousands of years.The reason we won’t ever run out of resources is that technological advances combined with increasing economic power ( “GDP Growth” in other words) will make it possible to extract ever more challenging resources – at ever higher prices. The price increases aren’t a problem though, since we’re constantly getting richer and can pay more every year.

The oil example: no end in sight to the oil age
An illustrative example would be to look at oil production through the centuries. Up until around 150 years ago petroleum was produced by laboriously “mining” oil from very shallow deposits (30m or so). Should this oil have been produced today it would have costed only cents pr barrel.

That further oil deposits might exist deeper down in the ground would’ve been an untestable theory 200 years ago. But from 1850 onwards the first proper oil wells were drilled, exploiting deeper reservoirs. For the next decades oil was extracted from fields that today would have yielded 1-2$/barrel oil or less. 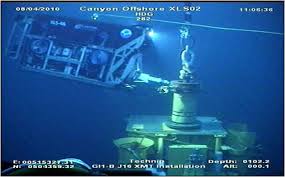 That it would’ve been possible to extract oil under the ocean floor, at thousands of meters depth might not even have been considered in science fiction a century ago – and paying 80-100$/barrel would’ve been laughed at. But this is currently happening, and within a few decades oil will be extracted at any ocean depth – at ever increasing cost.

Fossil fuels is a resource that of course is finite, but other mineral resources are truly infinite – ore can be extracted all the way to the center of the earth, given the right price and technology.

GDP growth yields fresh money to be put to work on fresh problems
Why does it matter that we’re not running out of resources? The economic activities of man are anyway putting unacceptable amounts of pollutants into the world’s ecosystems – surely we must stop this economic growth madness?

Ask people to go down 1% in pay and they will rebel. Take half of a 2% income growth and spend it on something remotely sensible and they will cheer you.

The reason economic growth is the key to solving the problem of pollution is that growth makes new wealth available every year – available resources that aren’t allocated to anything yet. These resources can be used to fund whatever we want – better roads, better hospitals, better schools or a higher standard of living. It can also be set to work cleaning up the economy to make it ever less polluting by slowly making it increasingly costly and difficult to pollute.

Using free and unallocated resources created through economic growth to clean up the environment will be much easier than telling everybody to cut their spending. Just look at people who are required to cut their standard of living due to economic downturns – even to a standard they would’ve been very happy with a decade or two ago. The result is normally full revolt.

Note that I’m saying “low emissions economy” and not a “zero waste economy” where everything is recycled and renewable – note the argument above about endless resources.

Increased use of pollution taxes instead of regulations
Up until now the favorite method for stopping pollution has been through regulation: restrictions on pollution from factories and prohibition of nasty products such as leaded gasoline. 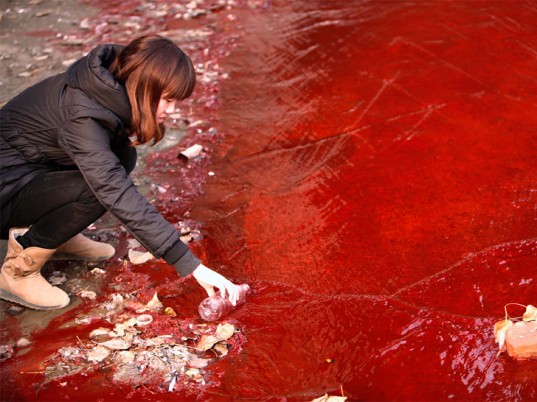 She shouldn’t drink that water, it ain’t juice

This works, somewhat. However, it’s not efficient enough. Restrictions can only be introduced slowly and where alternatives exist. If nobody’s invented unleaded petrol you really can’t ban the leaded stuff. But what you could do would be to tax the lead emissions – at an ever increasing rate. This would make the business case for inventing unleaded petrol very clear, and in the meantime people would probably drive less.

Breaking the circular argument
So, by breaking the argument “growth is bad” leading to “we are running out of natural resources” leading back to “growth is unsustainable” we instead arrive at the conclusion “growth is good because it gives us the resources to curb pollution”.